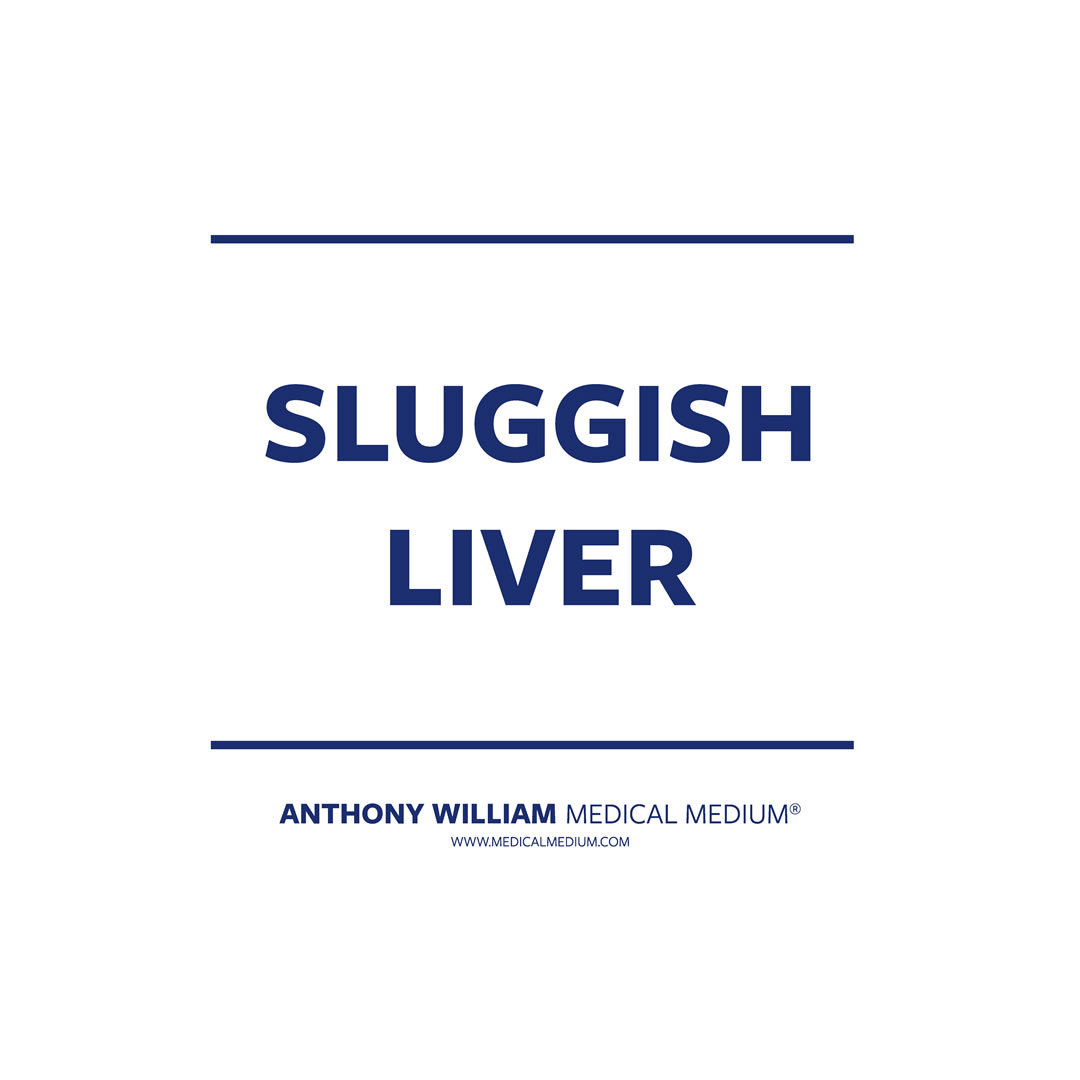 Viruses, bacteria, molds, pathogenic waste, toxic heavy metals, radiation, DDT and other pesticides, herbicides, fungicides, solvents, pollutants, drugs, medications, alcohol, excess adrenaline, high-fat diets, and more take a toll on the liver as it works to protect us on a daily basis. And it’s not just what we’re exposed to in our lifetime.

We can also inherit pathogens and toxins from our parents, who got it from their parents, who got it from theirs, meaning that some of the mercury or DDT or EBV that our livers struggle to contain comes from yesteryear. At a certain point, it can become too much. Instead of being able to function freely, the liver gets burdened as everything that we’re exposed to builds up and up. It all amounts to a condition I call sluggish liver.

The liver is meant to be your body’s peacekeeper. It’s meant to be the rock, the member of the family that makes everything okay, even when that’s a challenge. It sacrifices itself to protect you from alcohol poisoning, dirty blood, high blood pressure, and much more. In most people, the liver serves this function for decades. Then, if it’s pushed past its limit and taken for granted for too long, it reaches the point where it can no longer keep the peace. It becomes sick, congested, disgruntled, frustrated, and even angry, pushed over the edge and into battle. The first of those battle modes is sluggish liver. If it’s not caught at this stage, bigger and fiercer battles can arise that show themselves as bigger and fiercer symptoms and conditions like the many you’ll read about in the chapters ahead.

Sluggish liver is so common that 9 out of 10 people deal with it. In 15 years, it will be 10 out of 10 for anyone who hasn’t learned the truth about sluggish liver and how to protect themselves. It’s the precursor to practically anything else that goes wrong with the liver—sluggish liver explains so much of what ails us today— and yet it’s not on the radar of medical research and science.