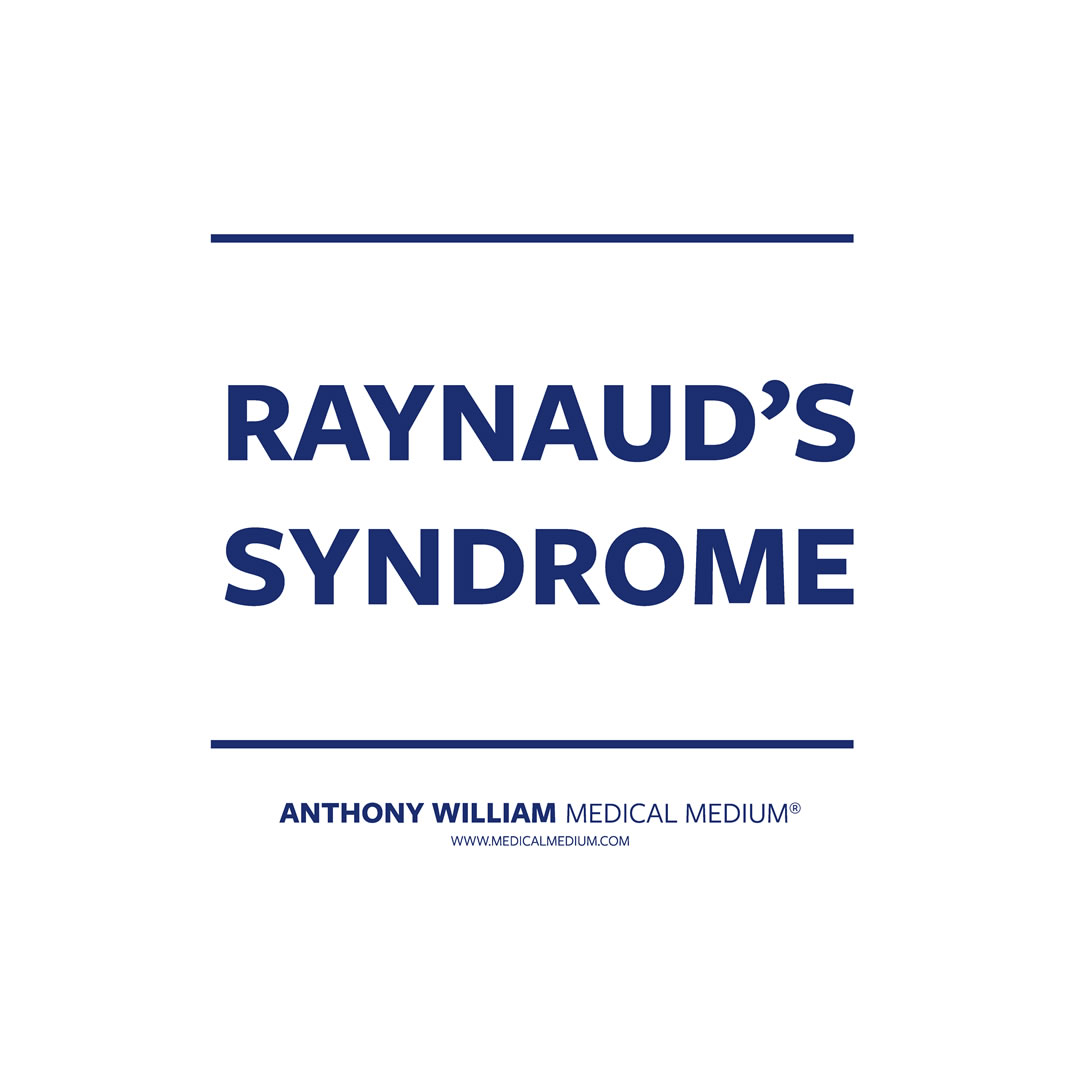 Raynaud’s symptoms include discoloration of the skin, sometimes with tingles and numbness, most often in the extremities. It’s a result of poisons from the liver backing up into the bloodstream—that is, dirty blood syndrome. Why doesn’t everyone who’s chronically dehydrated also have Raynaud’s? Because the backlogged poisons in this case are a specific type of troublemaker: viral waste matter.

While other troublemakers such as mercury and additional toxic heavy metals can certainly contribute to the liver’s struggle, as well as feed the virus so it can create more toxic waste, those presenting with Raynaud’s do have a specific resident of the liver: the Epstein-Barr virus. Regardless of whether a physician has found and diagnosed EBV in a Raynaud’s patient’s blood work, the virus is in the body. While much of the EBV might have moved on to the thyroid or beyond, some of it has remained in the liver.

You can learn more about antiviral protocols as well as EBV’s viral byproduct, viral corpses, neurotoxins, and dermatoxins in Thyroid Healing. When this waste matter, which contains traces of toxic heavy metals, escapes from the liver, it can hover and float close to the skin, changing the pigment in those areas and creating dark splotches.

The thick, dirty blood and viral liver create the circulation issues of Raynaud’s—when neurotoxins, dermatoxins, and other troublemakers back up from the liver into the bloodstream, they tend to gravitate to areas of lower circulation; that is, the fingers and toes. And the more poisons in the blood there, the less oxygen; hence the discoloration many experience. Tingles and numbness can come about from the rogue neurotoxins congregating in the blood.

If someone with Raynaud’s is eating a diet that feeds the virus, the symptoms can become severe. It’s a viral and liver problem creating a blood problem that can be cleaned up, not the body turning against itself, as the misguided autoimmune theory speculates.