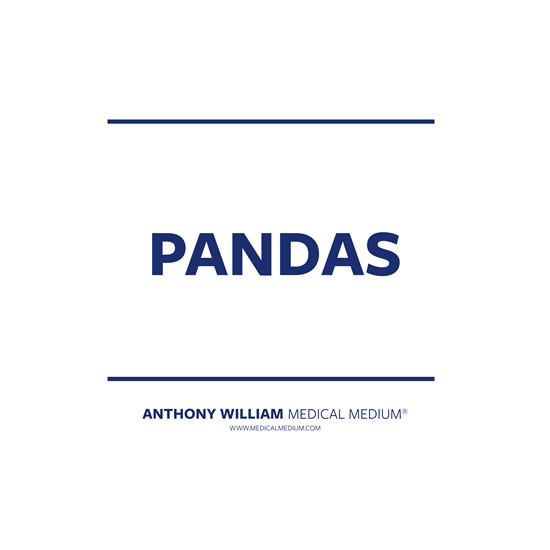 PANDAS is, in truth, a viral infection, because only viruses can create a factor that can be responsible for OCD, tics, spasms, and twitching: neurotoxins. When strep is present at the same time, it’s merely a coinfection to a virus. It’s not the strep causing the neurological symptoms, nor is the strep triggering an autoimmune response that creates the symptoms. Neurotoxins are the cause, and strep cannot produce a neurotoxin. Even if strep created any kind of brain inflammation, that could not cause tics, spasms, twitches, and OCD. Only viral neurotoxins can.

When PANDAS develops in little ones, it’s because they were exposed to a large amount of mercury at roughly the same time they were developing a viral infection. One of the main viruses responsible for PANDAS is HHV-6 and its many mutations. HHV-7 causes a smaller percentage of cases, shingles an even smaller percentage, and lastly, EBV, though it’s not as common. Mostly, HHV-6 is the cause, and it’s having a feeding frenzy on a child’s mercury exposure, wherever that mercury came from.

With the combination of the virus plus mercury, a near explosion occurs. As the virus feeds on mercury, it releases an extremely elevated degree of neurotoxins. When these neurotoxins rush up to the brain, they immediately saturate neurotransmitter chemicals, short-circuiting electrical impulses, and that’s what can cause obsessive-compulsive symptoms, tics, spasms, switches, and even difficulty communicating. Strep infections happen to be nearby because strep takes advantage of a lowered immune system. Strep is not only the cofactor to EBV, as you’ve read earlier in the book; it’s also cofactor to HHV-6, the very cause of most PANDAS cases. The rashes associated with PANDAS come from dermatoxins also exploding from the virus as HHV-6 has a feeding frenzy on mercury. They’re viral toxins that surface to the skin—so the rashing that medical communities associate with strep is not really strep-related.