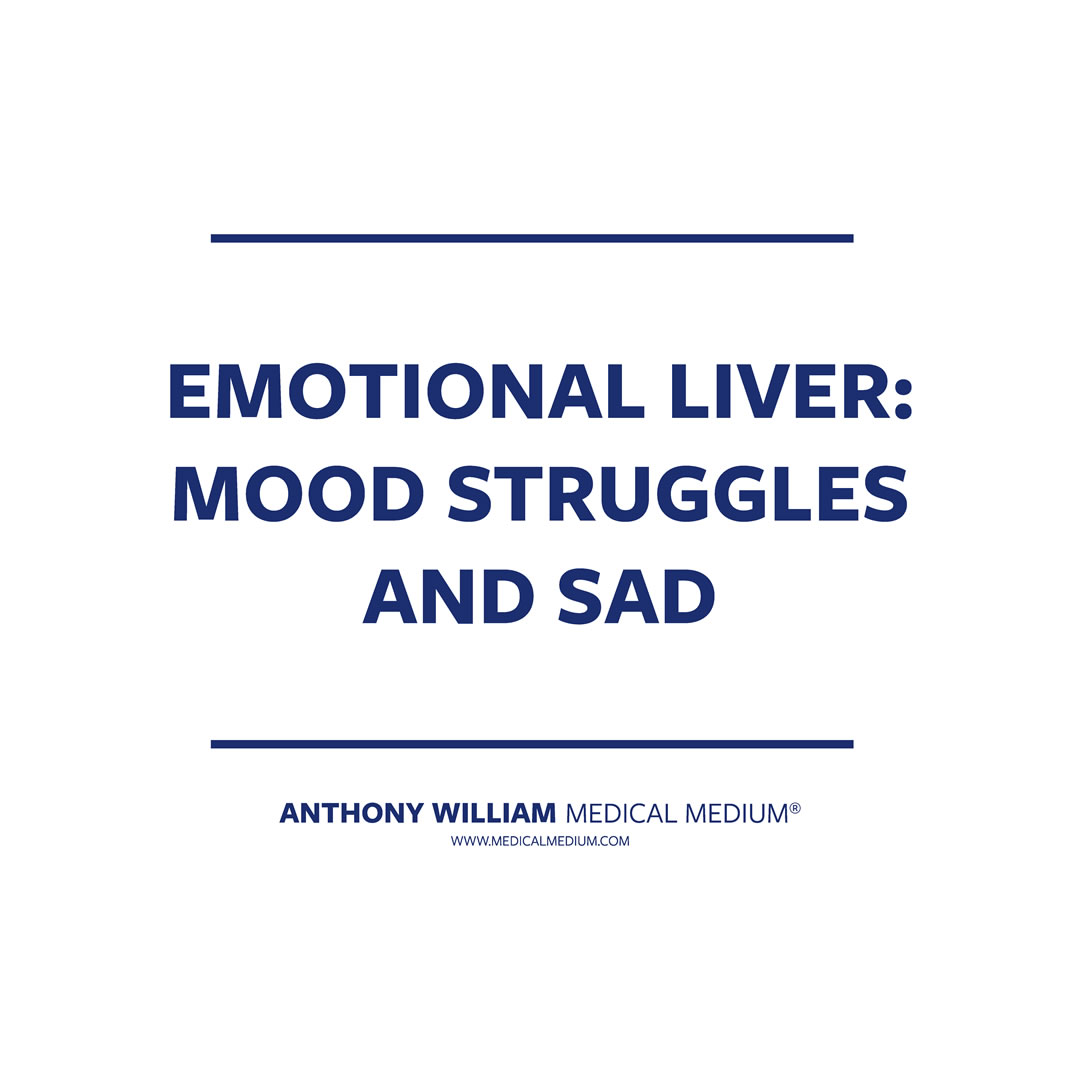 The liver’s unhappiness is the foundation of our emotional instability. When the bloodstream is filled with neurotoxins, (created when pathogens feed on toxic heavy metals in the liver,) focus and concentration can go awry as these toxins soak into the brain. Also, emotions such as frustration and anger can arise from a sluggish, pre-fatty, or fatty liver. Add in the poisons that enter our brain as well as what life throws at us and you can end up with a SAD misdiagnosis.

When the liver gets toxic, some of the poisons can leach into the bloodstream and intestinal tract. They can cause issues like eczema, psoriasis, and dry, cracking skin that are also mistakenly blamed on SAD because they get worse in winter. These poisons can travel through the bloodstream to the brain, causing problems that can result in a diagnosis of bipolar disorder. Also, your liver soaks up excess adrenaline from the bloodstream during bouts of intense stress and other adrenal triggers. When your liver took on this adrenaline originally released during your emotional hardships, it also held on to your emotional experiences. Its release can trigger the same painful feelings you had when the adrenaline was first released at a time of struggle.

Here’s the most common reason that SAD sufferers experience symptoms in the late fall and early winter: dietary changes. The light and temperature changes alone have us going into hibernation mode and eating differently from normal. The holidays can push the liver over the edge. The influx of liver troublemakers can force the organ to take on the extra fat of fall and wintertime treats or to overspill and release. This second factor, release, is one reason why you’ll feel extra emotional toward the end of the year. Just as adrenaline that’s released on the liver’s schedule is attached to emotions, the adrenaline that’s attached to toxins that the liver is forced to let go of can bring out emotions.