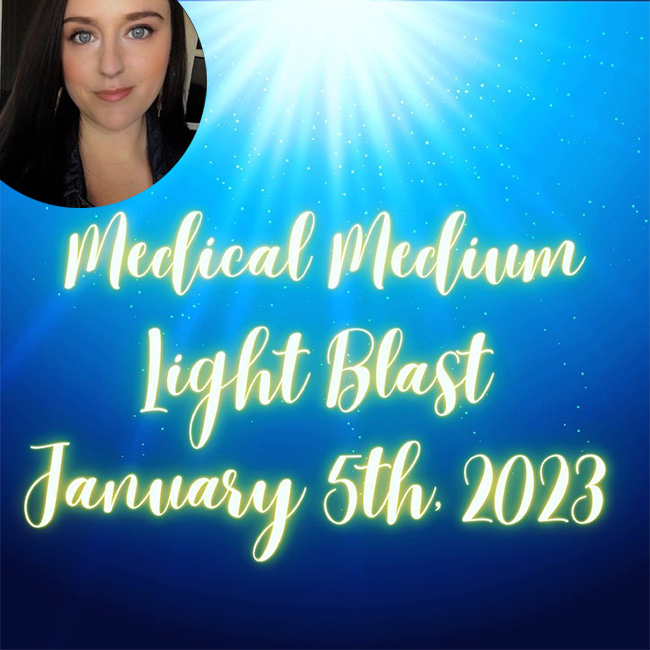 It was an honor to be a part of the Light Blast event yesterday. In my early years of following Medical Medium, I heard about this event being performed live, but never thought I’d be fortunate enough to experience it. Yesterday, I was lucky enough to be 1 of the 20,000 people chosen to receive the Light Blast virtually, (the very first time Anthony has done it this way) and I’m truly grateful!!

If you would’ve asked me a decade ago if I would’ve participated in something like this, I would’ve thought you were crazy. But the thing is, when the institutions we’re taught to believe in fail us, you begin to lose hope, faith, and trust in manmade “solutions.” This was very much where I was at when I found Medical Medium.

When I began a few of the protocols, it didn’t matter to me where the source of the information came from, I just trusted it. And after seeing quick results, I was given something to believe in again. Yesterday was no different.

After the first blast, I felt a prickly feeling in my right hand/fingers. I thought, okay, okay, maybe I’m just overthinking it. After the second blast, I felt an energy running through both of my arms. What!? Okay, I did not expect this. Then the third blast, I felt it in my feet. By the final blast, I was confident I had received the healing I asked for, & by 9:30 PM last night, I was fully convinced, after a sudden desire to sleep came over me. I crashed in bed about an hour and a half before my normal bedtime. This is SO not like me.

This was such a fun event, even though I could feel everyone’s tension & anticipation leading up to the blasts. And it was strong. Whew!!! This became especially apparent when Anthony told us we were ready, or “as ready as we were gonna be,” and that there were a lot of us with blockages. Also, when he said that this was going to be a tough crowd. At this point I was internally apologizing, hoping I was not one of the tough cookies in the crowd!

Anthony, I hope your recovery process is well underway. I’m thankful every day for all the ways in which you give your life to helping others in their healing!