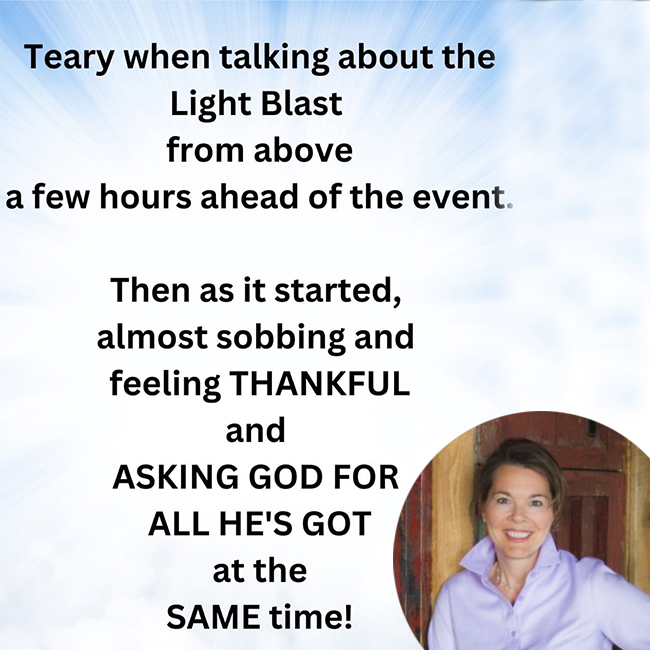 What was YOUR experience with the @medicalmedium Light Blast from above today?

Besides being emotional, I felt subtle tingles in my feet and then all over after the 2nd round. My restless legs calmed down. A sense of DEEP PEACE came over me like I've never had before. So much so that I just laid on the sofa when it was over, basking in the feeling. Johny came in just after it was over. Instead of getting up and moving on, & I just stayed put.

As I laid there, I was *so* deep in peace that it feels like I stopped breathing 3 times! Like my sympathetic system had to kick in and remind me to breathe! I feel like I melted into the couch.

It was about 20-30 minutes before I felt like I could start shifting out of it.