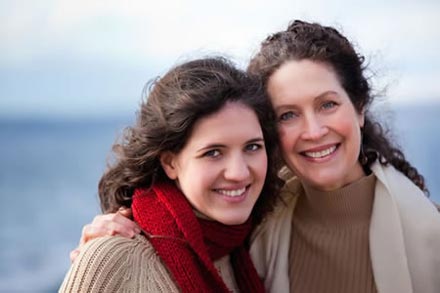 The Truth About Menopause

Menopausal or premenstrual symptoms wreaking havoc with your life? It might not be “just hormones.”

Prior to the 1950s, women looked forward to menopause, as it typically signaled a time of increased energy, heightened libido, and a slowing of the aging process. Starting around 1950, however, the first signs of ‘mystery illness’ began to appear, sending women to their doctors in droves, complaining of symptoms that hardly existed before, including night sweats, hot flashes, fatigue, weight gain, digestive trouble, headaches, irritability, depression, anxiety, forgetfulness, insomnia, and more. Initially doctors dismissed these complaints, telling women that it was “all in their head,” that they were just bored and seeking attention, and they should join the PTA. The push-back from women was fierce, and eventually doctors were forced to acknowledge the situation. Hormones became the scapegoat, with these previously unseen symptoms being attributed to hormonal imbalances and/or deficiencies.

Because all the blame was placed on hormones, it seemed logical that menopausal women should take prescription hormones to “correct” the imbalances. Thus, hormone replacement therapy (HRT) was born. After research linking HRT to increased risk of breast cancer, heart attacks, and strokes came to light, bioidentical HRT (i.e., hormones chemically identical to those produced in the body) came into the mix. While some women experienced relief via these treatments, it was often temporary, and/or small in scope. Nonetheless, “hormonal imbalance” is still considered the chief culprit of menopausal symptoms. This might make more sense if so-called menopausal symptoms only affected middle-aged women, but these days, women of all ages experience many of the same issues that previously only affected women in their 40s and 50s. The prevalence of the same suffering in younger and younger women paints a bigger picture than just hormone problems.

There are additional factors that can lead to the symptoms attributed to menopause. Around the same time that women first began experiencing these symptoms, three other phenomena were also at play. First, people in the US were experiencing increased radiation exposure due to fallout from the World War II bombings in Japan. At the same time, there was an explosion of DDT (i.e., pesticide) exposure. In the 1940s, DDT was used everywhere: on crops and food, in parks, and people even sprayed it on their own gardens. By 1950, DDT use was at its height, and the central nervous systems and livers of countless women had become overloaded with the toxin. The third factor was Epstein-Barr virus (EBV). The first generation of women complaining of menopausal symptoms had been born in the early 1900s, just as EBV was beginning to encroach upon the population. EBV typically enters a woman when she is young, then spends decades building itself up to the point where symptoms emerge. So if a woman was born in 1905 and had contracted EBV as a child, by 1950 she would begin to experience symptoms of this viral infection. In other words, the fact that symptoms manifested around the age of menopause was a coincidence. Today, rather than waiting several decades to strike until a woman is in her 40s or 50s, some viral strains and toxic loads are now affecting women in their 30s, 20s, and even in their teens.

This is not to say that hormones can’t go off balance. When they do, the culprit is often overworked adrenal glands (i.e., adrenal fatigue) and/or underactive thyroid, which can throw reproductive hormones off-kilter at any age. The point, however, is that hormone imbalance may only be one piece of the puzzle. The good news is that all of these things—radiation, viruses, toxic load, and reproductive hormone issues—can be addressed with healing foods that tackle a wide range of pathogens and toxins that could be contributing to your symptoms. Foods and herbs to focus on are those that boost immune function and support the reproductive system, including:

These foods represent a simple yet powerful way to address your “alleged” menopausal or PMS symptoms. They provide antioxidants and other nutrients that help fortify vital organs and reduce hot flashes. They also quench inflammation and help keep reproductive hormones balanced.

Above all, keep in mind that menopause is a normal part of life, and is not meant to be a difficult process. By nourishing your body with healing foods, and addressing the true underlying causes of your symptoms, you can return to living a healthy life and embracing life at every stage.

To learn more about the unknown causes of menopause and PMS symptoms and how to address them, check out Medical Medium: Secrets Behind Chronic and Mystery Illness and How to Finally Heal.