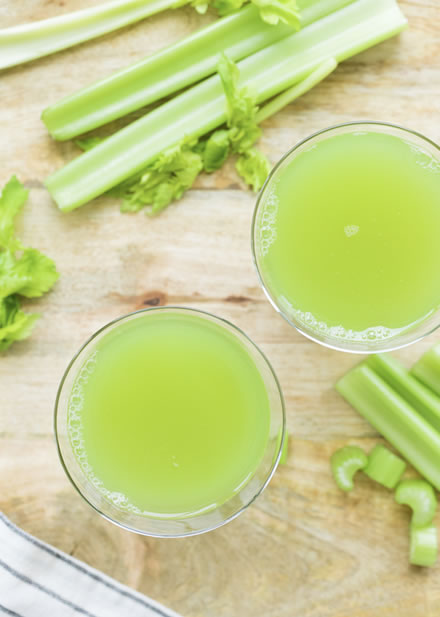 Autoimmune conditions are some of the most misunderstood illnesses people are getting diagnosed with today. Right now, more illnesses than ever before are being grouped into the autoimmune category, including lupus, Hashimoto’s, Grave’s, Addison’s, Type 1 Diabetes, colitis, vitiligo, celiac, eczema, Graves’, chronic fatigue syndrome (CFS), myalgic encephalomyelitis (ME), rheumatoid arthritis, fibromyalgia, Lyme disease, multiple sclerosis, Parkinson’s, alopecia, and many more.

The problem is that the concept of autoimmunity is inherently flawed. Surprised? The truth is that your body never attacks itself. It’s always working for you and loves you unconditionally. There is a real reason for your symptoms and conditions and it’s never been more critical for you and your loved ones to know what that is. That's just some of what I share in Medical Medium Celery Juice: The Most Powerful Medicine of Our Time Healing Millions Worldwide. You'll find out the true causes of almost 200 symptoms and conditions, including autoimmune conditions, and exactly how celery juice can help them heal and other guidance to help you move forward with healing.

"If you’re struggling with a health problem that’s been labeled as autoimmune, it is not the result of your body attacking itself. It is your body going after pathogens. The autoimmune theory took off in the 1950s with no science to prove it, and it still has no scientific support. Yes, autoimmune conditions are serious. Anything labeled autoimmune is serious. These are real symptoms and real illnesses, and people really are suffering. The term autoimmune, though, is a misnomer. If medical research and science were advanced enough when these conditions started to take hold of the population 31 years ago, they would have used the term viral immune instead, because the body is going after invaders, most often viruses.

It’s not doctors’ fault that they tell patients their bodies are attacking themselves. They get stuck in the autoimmune trap. Medical school does not teach physicians what’s really responsible for hundreds of conditions, because these remain scientific mysteries. Since researchers can’t detect what’s really wrong, they conclude it must be someone’s own immune system destroying their organs, glands, or tissue. The most reasonable explanation seems to be that someone’s body must be at fault. If this were true, it would be important to disclose to the patient. It’s not what’s really going on, though, and hearing that your body has turned on you is detrimental to the healing process.

That’s especially true for the younger people receiving autoimmune diagnoses today. The younger you are, the more that message that your body is faulty or destroying itself gets cemented in your sense of self. Hearing, too, that your autoimmune condition is genetic (which isn’t true, either) is a difficult combination. When a young woman walks out of the doctor’s office with a brand-new diagnosis of Hashimoto’s thyroiditis and the message that her immune system is destroying her thyroid, and that this dysfunction is encoded in the very fiber of her being, recovering from the emotional blow of this mental image adds a whole other level of needed healing on top of getting better from the condition itself.

There’s nothing comforting about an autoimmune diagnosis. The only consolation comes from having your suffering seen, recognized, and given a name. If only medical research and science weren’t baffled by chronic illness and they could tell you: Yes, your suffering is real. What is truly occurring is your body creating antibodies to seek out and destroy pathogens. That is, your immune system is going after a bug. These bugs are so elusive. There are hundreds of varieties of common, everyday viruses, and new mutations appear every year. They wreak havoc in people’s organs and the rest of their bodies, creating a range of autoimmune diagnoses because doctors detect inflammation that they can’t explain.

In cases where researchers think they’ve identified autoantibodies, meaning antibodies created by your immune system to go after your own body, they’re mistaken. They are real antibodies produced by your immune system. They are not produced to attack you, though. They’re produced to attack a virus. Usually, it’s a virus buried too deep in your system for current medical testing to detect.

Anyone suffering with any sort of condition labeled autoimmune is struggling with endocrine system issues as a result. The plant hormones that only celery juice possesses are critical for helping remedy this. These plant hormones enter into every endocrine gland to help support, strengthen, and balance them so they can come out of a hypo or hyper state. This leveling of the endocrine glands, from the adrenals to the pancreas, allows them to produce the proper levels of hormones.

As we established, everyone suffering with an autoimmune condition is also suffering with a viral infection. Some are chronic, low-grade infections from a virus such as Epstein-Barr, and some are more severe infections from a virus such as HHV-6. Some people are struggling with trigeminal neuralgia caused by the shingles virus. Some are suffering with multiple sclerosis caused by EBV. (There used to be just a handful of illnesses deemed to be autoimmune. Now dozens are on the list. This will keep going, so that at some point nearly every condition that’s not understood by medical research and science will be tagged as autoimmune and genetic, without proof to back that up.) In all of these situations and more, celery juice’s sodium cluster salts are the ultimate virus destroyers.

This is why people see their inflammation reduce when they’re on celery juice. Since inflammation is caused by viruses, when cluster salts destroy viral cells’ outer membranes, weakening the cells and driving down their numbers, mysterious inflammation goes down, too. On top of this, cluster salts bind onto the waste matter such as neurotoxins that viruses produce when they feed on toxins such as toxic heavy metals. Viral neurotoxins are another aspect of autoimmune illnesses of which medical research and science are unaware. In reality, they inflame the nervous systems of everyone dealing with autoimmune symptoms. Celery juice’s cluster salts kill off their cause—a viral load—while defusing neurotoxin waste frees up the nervous system so that people can get their lives back.

It’s this potent combination of celery juice’s plant hormones and sodium cluster salts that we can thank for helping people recover from the symptoms that medicine calls autoimmune disease. We’re also going to look more specifically at what medical research and science don’t realize really causes some of the most common autoimmune issues, along with how celery juice can help. Keep in mind that depending on how pronounced your situation is, you may need to incorporate other healing information from the Medical Medium series along with your celery juice."

Drinking celery juice daily in the way I recommend in Medical Medium Celery Juice is so important for these health problems and so many other chronic illnesses and symptoms for these undiscovered reasons and many more. In Medical Medium Celery Juice, I share the true causes of almost 200 other symptoms and conditions and how celery juice helps them also.

This humble herb’s medicine, extracted through the juicing process, is truly the most powerful medicine of our time healing millions worldwide. I want nothing more than for you and your loved ones to try it for yourself as I describe in Medical Medium Celery Juice so that you too can experience the healing benefits it provides. In Medical Medium Celery Juice I also answer hundreds of questions I receive daily about celery juice and give you exact instructions for how to get the most healing benefits from celery juice. Thank you for being here and seeking truth and healing. I am honored to connect with you.